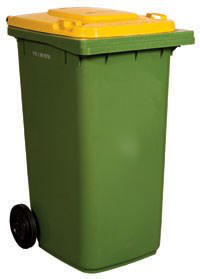 One council in Western Australia is taking a hard-line approach to recycling.

About 2,000 homes in the City of Joondalup will trial the WA Local Government Association ‘bin tagging’ initiative.

The scheme is based on a successful program used in South Australia, gives residents feedback on recycling practices.

In the first phase, a visual check of recycling bins is performed to spot any contamination, and tags placed on dirty bins.

Visual checks are repeated over the following two pick-ups, with the tags on the bin handles updated to give feedback.

If the bins remain contaminated after the fourth audit, the bin will be stickered shut and not collected.

At this point, another tag will be added to instruct the homeowners to remove the contamination in time for the next pick-up.

If this final warning is ignored, the recycling service will stop for that household.

Households that show good recycling practices will be in the running to win prizes.

Reports from South Australian trial said no household had their recycling service removed, but contamination in recycling bins was reduced by up to 60 per cent.

The overall level of recycling increased by 25 per cent.

The City of Kwinana and the Town of Cambridge are also undertaking trial programs.