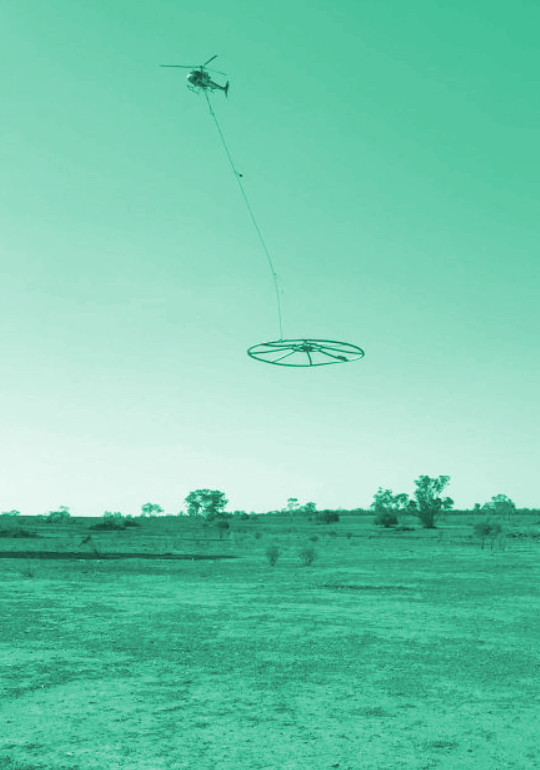 Helicopters slung with high-tech sensors are being sent on a water search in remote New South Wales.

The NSW Government’s aerial electromagnetic survey is searching for groundwater and minerals about 500 metres beneath the earth's surface.

The survey will cover about 19,000 square kilometres, and area close to one and a half times the size of Greater Metropolitan Sydney.

Geological Survey director of Geoscience Information John Greenfield said sensors towed by a high-performance helicopter at a height of about 60 metres, worked much like metal detectors.

“The transmitter in the sensor sends out an electromagnetic signal that interacts with the soil, rocks and water below and is returned and measured by the sensor, with the strength of the return signal providing an indication of what might be located below,” Dr Greenfield said.

“They do call this the metal detector of the sky.

“I think we will definitely find water. We know there are groundwater sources in the survey area, especially down near the Lachlan River,” Dr Greenfield said.

Data collected over the next two months will be used to generate a report due for release to farmers throughout the region next year.

NSW Deputy Premier John Barilaro said the aerial electromagnetic survey “took out the guesswork about where we punch bores or where there might be water, and in this drought I think we have to do everything”.

“I think in the middle of every drought we talk about building dams and water infrastructure; the rain comes, we stop,” he said.

“I think the lessons of the Millennium drought weren't learned — this time we're learning.”