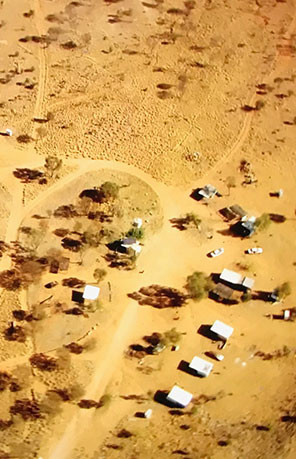 A report on issues in NT aboriginal town camps has been released after two years, but there will be more delays before new policies can be formed.

The Northern Territory Government has released a review originally commissioned two years ago at a cost of over $2 million.

Their residents have longed complained about poor housing and overcrowding, and the effect on poor health, family tensions and insecurity.

Among its findings, the report says additional investment in housing in town camps - especially those located in areas of limited economic opportunity would be – “investing in continued disadvantage”.

“Investing in growth in town camps that offer impossible economic integration realities will only continue to proliferate the current problems,” the report states.

“Quite simply this is investing in continued disadvantage.”

The report calls for more investment in public housing located near better economic prospects, like Darwin.

“The provision of housing in this region [Darwin] presents the greatest opportunity for town camp residents,” the report says.

The Government has already rejected that finding.

“The vision for our community living areas [camps] is to normalise those areas so they receive the same resources that public housing receive, those areas are serviced with the same services that everybody looks toward in the Northern Territory, that those homes are raising children with opportunities that every other Territorian experiences,” he said.

No details or timeframes have been given for achieving this policy aim.

“This is generational change so it would be unwise for anybody to put a calendar timeframe on this,” Mr McCarthy said.

“But you know what? I've spent 40 years already in this business and I will spend another 40 years if that's what it takes.”

The Government’s “in-principle” support for recommendations to bring existing housing and infrastructure up to mainstream standards did not come with the $150 million the experts say it would cost to actually complete.

But the Government did announce initial investment of $25 million for urgent repairs, which it later conceded was not a new investment, but already allocated.

The $25 million package includes plans to set up a new five-person “Town Camps Futures Unit” to consult with town camp residents and develop policies and plans for individual camps.

The Government says the consultation process will take at least another 12 months.