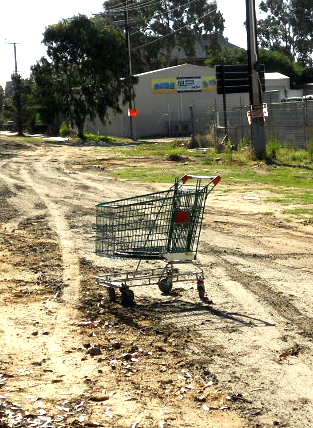 Local Government NSW (LGNSW) President Linda Scott says Liverpool City Council has led a coalition of councils in the region in a one-day trolley round-up to raise awareness of the issue and emphasise the need for new regulations to solve it.

Liverpool was joined by Fairfield, Penrith and Cumberland city councils in the crackdown effort.

“Dumped trolleys have plagued councils for years and are a major clean-up problem, especially in built-up suburbs. They end up littering the streets, being left in parks and dumped in rivers and creeks,” Cr Scott said.

“A staggering 550 trolleys were impounded in this latest operation, just months after a similar event in June saw more than 450 trolleys collected.

“If history is any indication, the unfortunate outcome of this week’s crackdown will be that most trolley owners won’t even collect the impounded trolleys because there’s no incentive for them to take ownership of the problem.

“Councils are virtually powerless because they can only fine customers who are caught abandoning trolleys in public places, which is impractical and almost impossible to enforce.”

Cr Scott called on the state government to introduce tougher laws to allow councils to impound trolleys and charge punitive fees to owners of abandoned trolleys.

“At our LGNSW Annual Conference earlier this month councils reiterated previous conference decisions to push the state government to change the laws so shopping trolleys were recognised as property of the individual supermarkets, and abandoned trolleys defined as litter,” Cr Scott said.

“That way, the owners would be forced to pay substantial fines. Tougher measures have worked elsewhere, and they will work in NSW.

“For example, in 2013 Queensland’s Ipswich City Council was able to introduce fines of up to $5500 for supermarkets with 20 or more trolleys that failed to install a wheel lock containment system that activated if their trolley left the shopping precinct.

“Today abandoned trolleys are a rare sight in Ipswich.

“The NSW Government needs to make abandoned shopping trolleys the responsibility of the supermarkets that own them.

“In almost all cases trolleys clearly display the owner’s brand – all that’s needed to solve the problem are laws to empower councils to act.”