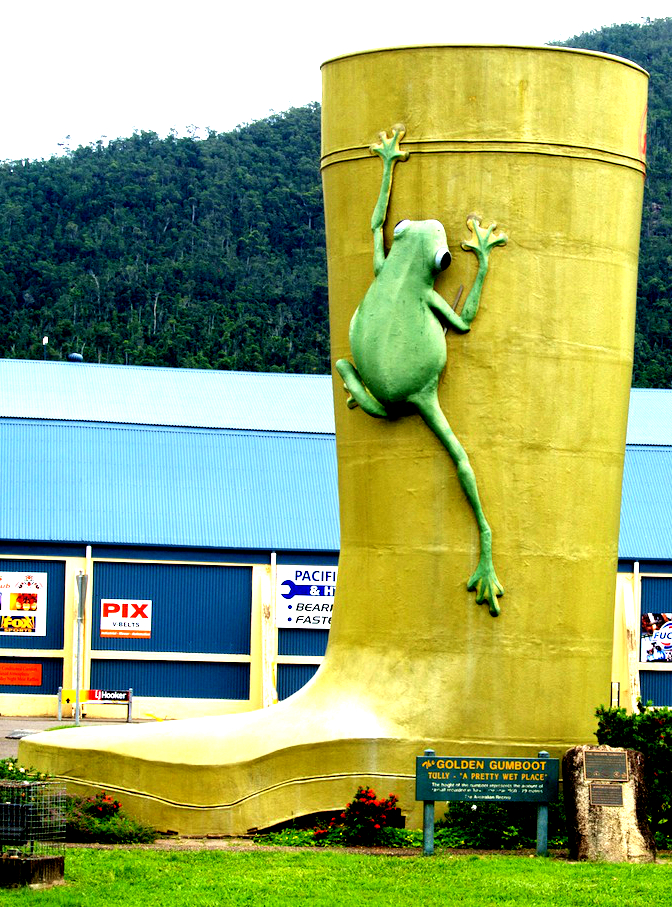 Dry times have brought water restrictions to what was Australia’s wettest town.

Tully, in far north Queensland, is known for having the country's highest average annual rainfall.

In fact, the town celebrates its constant saturation with a giant golden gumboot in the middle of town.

The Golden Gumboot is 7.9 metres tall; the height of the recorded rainfall in the year 1950.

The boot kicked up a stink when it was first announced, as the nearby town of Babinda at the time had recorded more rainfall over the previous 40 years.

Regardless of the fine points, it is historically a very wet region.

But the worst dry season in 10 years and predictions of still lower rainfall means the taps will tighten.

Level three restrictions have been imposed for the area from Kurrimine to Cardwell, banning sprinklers and tightening rules for backyard pools, car dealerships, the construction industry and water tanks.

The Cassowary Coast Regional Council says anyone caught breaking the rules would face a fine, and warns that further restrictions could be introduced if the dry spell continues.