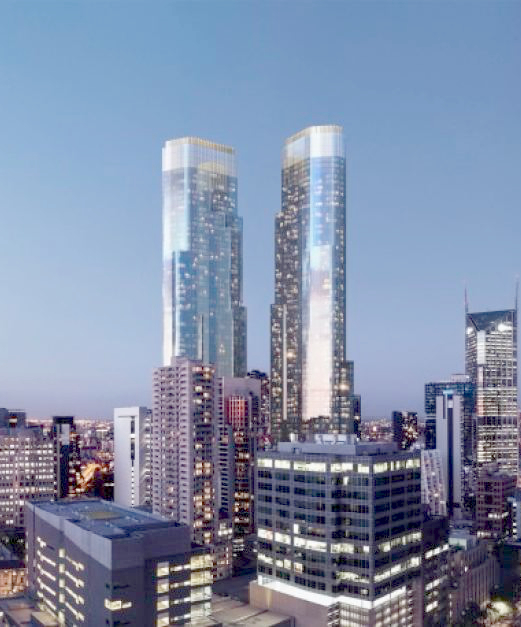 Two new skyscrapers have been approved at an iconic site in Melbourne’s CBD.

A set of twin 79-storey towers have gained development approval for the project at 350 Queen Street, near the historic Queen Victoria Market.

The 268-metre development will have an unusual mix of one- to four-bedroom apartments.

“This is quite unique for the central city of Melbourne and it speaks to the change in demographics,” Mr Wynne told reporters.

The Government says it is looking at potential site to build schools in the Docklands area.

“We do not have an apartment glut and this is a development that is actually catering for families,” he said.

“It speaks, I think, to many families who are using the opportunity of apartment-style dwellings.

“While there is mixed views about an oversupply, we have no evidence to that effect.”