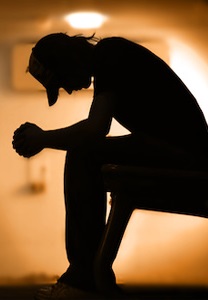 There are claims this week that mental health patients in rural and regional areas could wait months to see psychologists, due to problems with the Government's new Primary Health Networks (PHNs).

Former staff from the facilities once known as Medicare Locals have told the media that patients in rural and regional areas are being told they have to wait months to see psychologists, because service contracts for the new organisations are not in place.

The Federal Government replaced 61 Medicare Locals and with 31 new PHNs at a cost of nearly $900 million, claiming that the new PHNs would provide a better link between GPs, health providers and hospitals to improve community health.

A former worker at the Hume Medicare Local in regional NSW told the ABC that staff currently cannot make appointments for patients or take referrals, as the contracts that expired at the end of June have not been resigned.

"It is a total mess," one former worker said, under a condition of anonymity.

"We have had to tell mothers ringing up that they will have to wait months for their child to see a psychologist."

She said programs including those for diabetes, nurse education, remote placement for GPs and immunisation are now under a cloud at the new PHNs,.

"The wait time has blown out for parents wanting access to programs like Heads Up for children under 12 with anxiety and behavioural problems," she said.

"In regional areas, if one service shuts down, there's nowhere else for parents to turn."

"It's up to the PHN to ensure arrangements are in place to continue service provision for existing and new clients."

Australian Medical Association president (AMA) Professor Brian Owler said despite the hitches, the new organisations were still an opportunity for a fresh start in primary care.

"Evidence from countries such as New Zealand shows that GP-leadership and input is vital for PHNs to be effective," he said.

"GPs are generally the first point of call in the health system.

"They can provide high-quality clinical input as well as first-hand knowledge of where improvements in the health system need to be made."