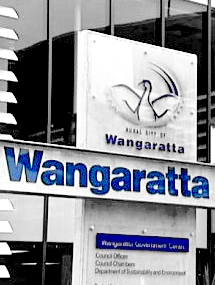 The City of Wangaratta will cut at least 12 full-time jobs in reforms ahead of the introduction of rate capping.

The jobs are expected to go by way of voluntary redundancy packages, which the council says will save up to $1.5 million a year.

But the council is not ruling out more job cuts if the redundancies are not taken.

City of Wangaratta chief Brendan McGrath says rate capping was part of the decision, as the council prepares for reduction of about $40 million in projected income over the next ten years.

“It's really part of a much bigger project ensuring that we are a lean and efficient business doing the sort of review that any good business should do,” he told reporters.

“The workforce efficiencies is part of that broader project but rate capping obviously has an impact given that it constrains what revenue we can actually raise.”

He was hopeful that staff would understand the reasoning behind the harsh decision.

“I think they understand the environment that we're in and [are] supportive of making sure that we remain a customer-focused, efficient organisation,” he said.

“Having said that, these sorts of things will always create a degree of anxiety for people.

“People like to have some certainty about their employment going forward, doing this actually enables us to provide greater security.”