Will to test pills missing 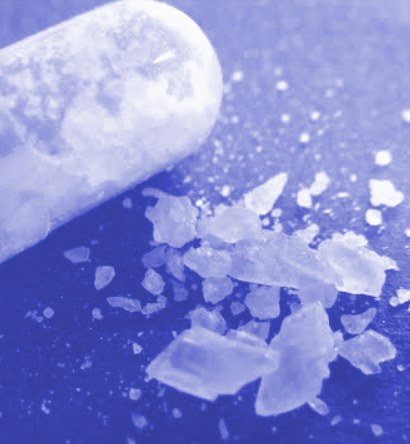 Experts say Australia should adopt pill testing, but lacks the political will to do so.

Despite harm reduction being one of the three pillars of the National Drug Strategy, Australian governments are shying away from pill-testing.

This is despite evidence suggesting it provides a useful tool for both direct harm reduction, as well as indirect harm reduction through the increased education of a hard-to-reach group of drug users, according to Dr Jody Morgan and Professor Alison Jones from the University of Wollongong and the Illawarra Health and Medical Research Institute.

The pair have written a new article for the Medical Journal of Australia, which says that 73.4 per cent of surveyed music festival attendees at a recent Australian event reported drug taking, compared with 28.2 per cent of the general young adult population. For MDMA, this was as high as 59.8 per cent, compared with 7.0 per cent.

“Evidence of the dangers associated with this behaviour can be seen in the global statistics, with 2.3 per cent of Australian users seeking medical attention following MDMA use compared with a global average of 1.0 per cent.”

One of the major problems when considering pill-testing as an official policy was that there is no current “gold standard” system in place, the authors wrote.

Different techniques, accuracy, results that are qualitative or quantitative, and differences in how the results are presented to the user, are just some of the variations in pill-testing globally.

“Common arguments against pill-testing include: the testing technique is not accurate enough to identify all components; the techniques available onsite cannot provide a quantitative analysis required to prevent overdose; complaints from policy makers about lack of proven efficacy of harm reduction from pill-testing; an overall feeling that pill-testing condones drug use; and the fear that dealers will use pill-testing results to promote their brand,” the experts say.

“All of these arguments can be addressed by a well-designed system that focuses on incorporating accurate pill-testing as a single component in a larger harm reduction strategy.

“In any best practice system there will never be a circumstance where health care providers tell patrons that their drug is safe to take. In fact, as Dr David Caldicott, who was involved in Australia’s pill-testing trials in 2018 and 2019, has explained, the exact opposite is true, with all patrons informed at every step of the process that no amount of illicit drug consumption is safe,” they wrote.

“Despite harm reduction being a major focus, pill-testing, which fits clearly within the scope of the harm reduction pillar, is not currently being considered by Australian governments.”