Windsor to wind up fibre pressure 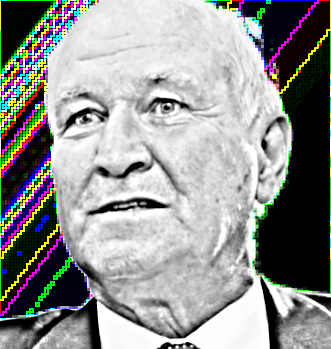 Australia could soon have a powerful new advocate for an NBN that is actually worth doing.

Windsor says vital projects within the rural Victorian electorate have stalled, forcing him to return to the political game.

He is expected to take a hard line on the reduction of planned NBN infrastructure in regional areas, which he says is the wrong issue to have a political debate.

“[The NBN is] a national issue of very high importance within the country areas, absolutely critical,” Windsor said at a press conference in Canberra.

“Go to Armidale and see what they've done there and what they are planning to do, and you will see that it is actually a cost benefit to be in the country rather than in the centralised feedlots of the cities.

“It has to be fibre to the home, and I will fight to see that restored as well.”

Windsor said he had spoken to Malcolm Turnbull several years ago about how the LNP planned to measure the benefits of keeping elderly people in their homes rather than in aged care, in the cost-benefit analysis of the LNP’s NBN plans.

“Malcolm said; ‘Oh, a benefit cost analysis it will give you what you put into it’,” Windsor said.

In 2010, with the famous line “Do it once, do it right, do it with fibre”, Windsor and fellow independent Rob Oakeshott backed what became the Gillard minority government, naming Labor’s superior NBN as a key part of the deal.

Since the 2013 election, Windsor has watched the shift to a fibre to the node (FttN) model under the LNP, which recent company leaks have shown to be delayed and over budget[http://www.engineeringcareer.net.au/archived-news/leaks-speak-of-huge-lag-on-nbn].

“Despite 'designed commenced' remaining above budget, all other significant milestones of FttN continue to remain behind target.”

NBN says the document is inaccurate, and it has actually met all of its rollout targets.